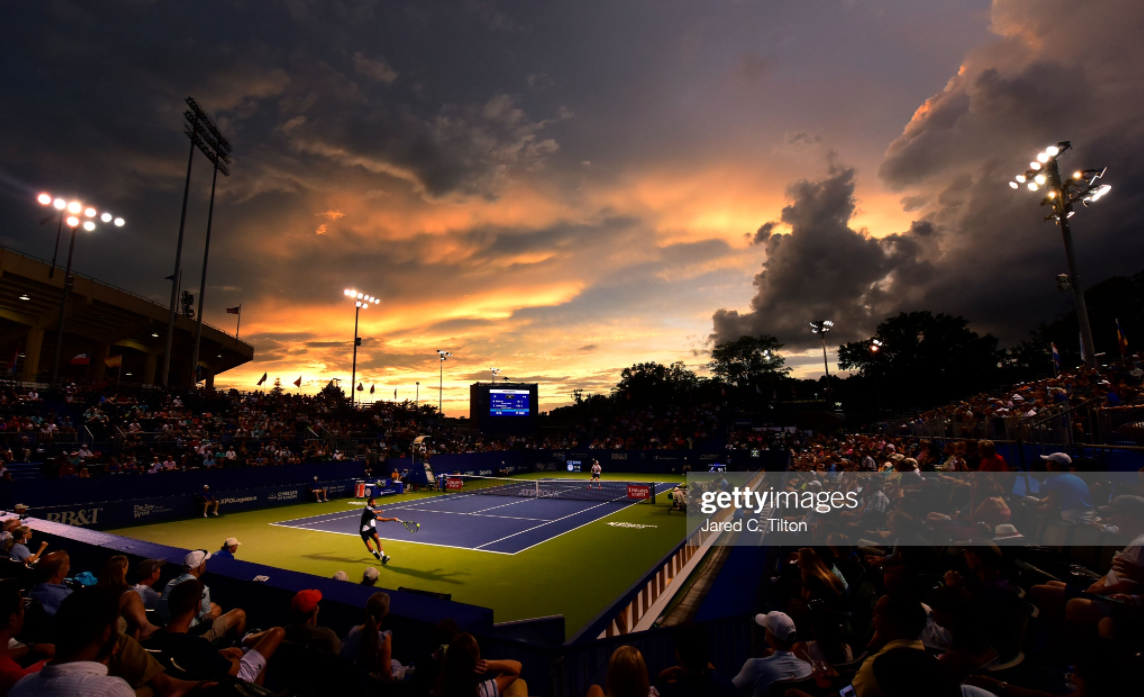 History…  Taking place in the Wake Forest University in Winston-Salem, North Carolina this will be the 10th edition of the tournament.

The competition who started as an exhibition in 1981 and moved through Long Island, New Haven until it settled on the current destination since 2011.

Last year’s tournament was cancelled due to Covid-19 and in 2019 Hubert Hurkacz defeated Benoit Paire to take home the title.

Despite the 48th player field there is not a single top 10 player, and the last direct acceptance is down to no.99 – Mikael Ymer.

Pablo Carreno Busta as well as David Goffin took wildcards and are the top seeds of the competition.

The Spaniard is familiar with the conditions as it has been a pit stop for him since 2014. Having 13-5 record in the event with a title, QF, SF to his credit he could be considered one of the top favorites to claim the title.  Fresh off his Bronze Medal in Tokyo, Pablo’s stay in Cincinnati was short, but was due to running into the No.2 player in the world – Daniil Medvedev who just thrives in the US and in this type of surface and conditions. Semifinalist in US Open last year, 108-68 w/l record with +9.1% ROI and 11-5 with +52.6% ROI in this year alone he is not a bad bet anywhere where he is heavily undervalued and stands his ground on a hard-court surface where not many people from his country are known for playing good on.

His part of the draw seems unchallenging on paper in the early rounds too with possible meeting with Marin Cilic in the QF could be a bit problematic, but the Croat has not been up to a good form since claiming the Stuttgart title on grass courts all the way back in June and with 8-8 record on hard courts in the last 12 months and -21.5% ROI he seems to be overvalued by bookies most of the times.

Daniel Evans who is the 3rd seed here is in a midst of a losing streak while dropping each of his first matches while getting to North America.

Benoit Paire, who suddenly caught form, with a QF in Cincinnati while winning 3 matches as an underdog in all could have a pretty exciting and unorthodox meeting with another awkward and showmen material player in Alexander Bublik in the 3rd round so that would be a scene for everyone that’s for sure. Benoit is still 5-9 L12 months on hard court but at least he boosted his ROI to +24.2%. Backlisted by many bettors because he is unreliability and often throwing matches when things go north quickly, he still needs to be avoided and faded especially on live betting when noticed dip in form as he is just not a person to turn around matches. Maybe these recent results could be a good way to turn around, but we have to wait and see.

David Goffin returned to the tour after a left ankle injury in Halle in June sidelined him for 2 months. He had some rust and lost quickly to 102nd ranked Guido Pella in Cincinnnati R1.  Even before that setback he was having a bad year with 14-13 record while struggling to get some wins in a row except a title run to Montpellier title in February and a QF appearance in Monte Carlo in April. He has 3 appearances in Winston Salem but none since 2014. With 7-8 record on hard courts in L12 months and -18.6% ROI he is someone to avoid and while being a 2nd seed in the tournament opens up the chances for other guys to step up and have the tournament of their lives here with a deep run.

Nick Kyrgios vs Andy Murray is a mouthwatering encounter, and it happens to be in R1. The Aussie has been disappointing winning only 1 match from 3 tournaments in North America so far and even quick conditions like in Cincinnati hasn’t helped his cause. Murray leads the h2h 5-2 but they haven’t met since 2019 on Grass. The winner of this match will play Tiafoe and then maybe Goffin, so this section of the draw is pretty good to witness and whoever comes up to the ¼ final has a really strong case for the title.