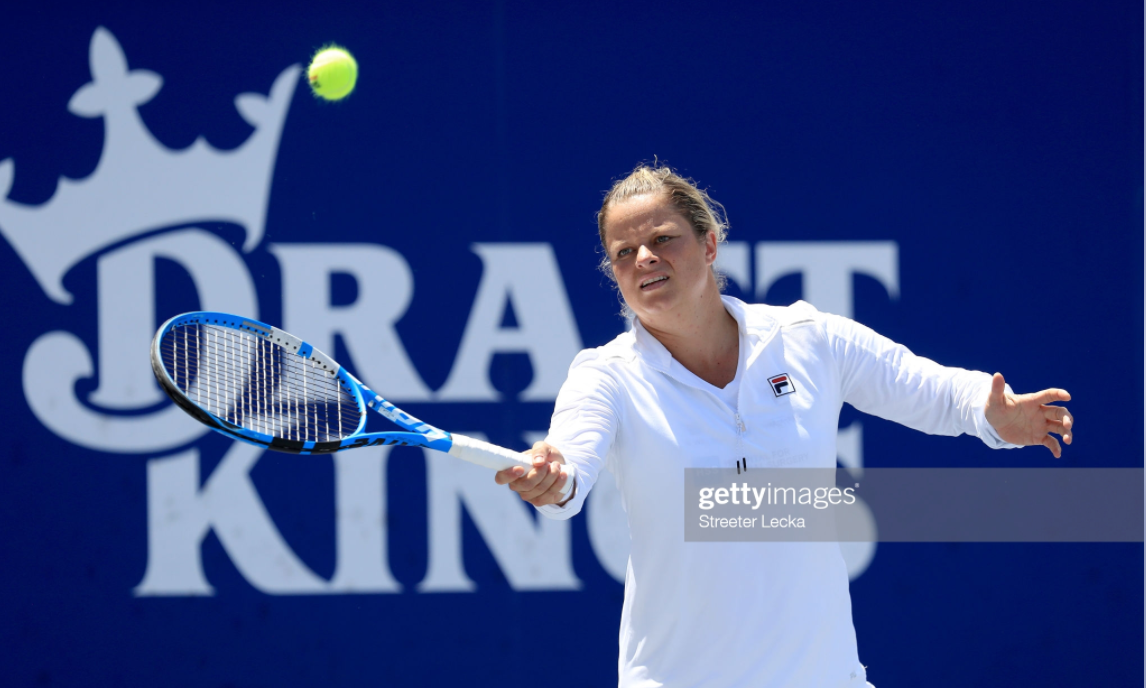 This will be the first and maybe the last Chicago Fall Tennis Classic tournament, as it was organized to fill in the gap created by cancellation of the Asia Swing for a 2nd year in a row because of the Covid-19 pandemic.

The 56-player draw was able to attract many of the top players, and given the fact that Indian Wells Main Draw will start on Wednesday next week, they will have plenty of time to not overlook this in order to be fresh for one of the very few big tournaments left in the calendar until the end of the year.

Elina Svitolina is the top seed, but she is joined by Ons Jabeur, Gold Medal winner from Tokyo Belinda Bencic and always dangerous Elena Rybakina in this very competitive part of the scheme

Svitolina won the Chicago Women’s open just before the US Open last month, but that Chicago tournament was lower in competition being a 250 one, not 500 like the current one. In comparison last month she didn’t have to battle against a top 50 player to claim the title winning 5 matches and now she may face on in Golubic in R2 if she is able to take out Anisimova.

Elina should be more suited to the conditions and courts though, which could help her move deep again into a draw which is at least 3-4 steps up in competition comparing to last month.

Ons Jabeur finally was able to crack into top 20 for the first time the week after US Open. The Tunisian has had a great year avoiding going into lengthy losing streaks while winning on variety of surfaces.  Despite her 32-47 record as an underdog all time she still is a massive +12.6% ROI so look for her and bet when she is not supported by bookies much.

Kim Clijsters returns here with a WC while this will be her first match since losing in the US Open R1 last year. This marks yet another comeback for the 38-year-old Belgian.

Indoors wasn’t friendly to Bencic losing in R2 in both Luxembourg and Ostrava, so a move back to the US could spark her again and add to her 88-47 record and +9.8% ROI playing within the United States.

After losing to Bencic and Svitolina in the Tokyo Olympics, while going empty on her quest for a medal, she has been up and down and losing a good amount of close matches and with her record within US at 15-12 and minus 17.7% ROI and travelling from Ostrava she could be an early contender for a surprising early loss.

Dark Horses in this part of the draw are Camila Giorgi and Jessica Pegula. Both capable on hard courts and could make things unpredictable despite I think Svitolina and Jabeur should come through.

Garbine Muguruza is the highest ranked player and one of the favorites from this part of the draw, but she has some pretty fierce competition that could start with Donna Vekic in R2 and the 14-th seed Victoria Azarenka in R3.

The Spaniard started the year on a high note going deep in each tournament she played. But a left thigh injury in Charleston in April derailed her momentum which I am not sure she still regained.  She hasn’t made to a SF or better since Dubai in March losing more as a -180/-200 favorite than as an underdog.  Garbine always seems to come up short in last couple of years, with the last time she was a finalist in a tournament in the US being the Cincinnati Open in 2017 or a total of 14 tourneys since.

Kontaveit is currently having a run for the title in Ostrava and not entirely sure how jet lagged she will be for this but she could prove to be too much for Bianca Andreescu in R3 and expecting Daniella Collins, the #10 seed, who is drawn between Mertens and Pavlyuchenkova to be a live underdog in this section as both the Russian and Belgian are up and down currently and like Colins to cause some damage with her hit first ask questions later attitude.

I am sold on Collins to make it at least to the final here with a potential high caliber bout with Bencic there. Very interesting tournament ahead of us so buckle up.