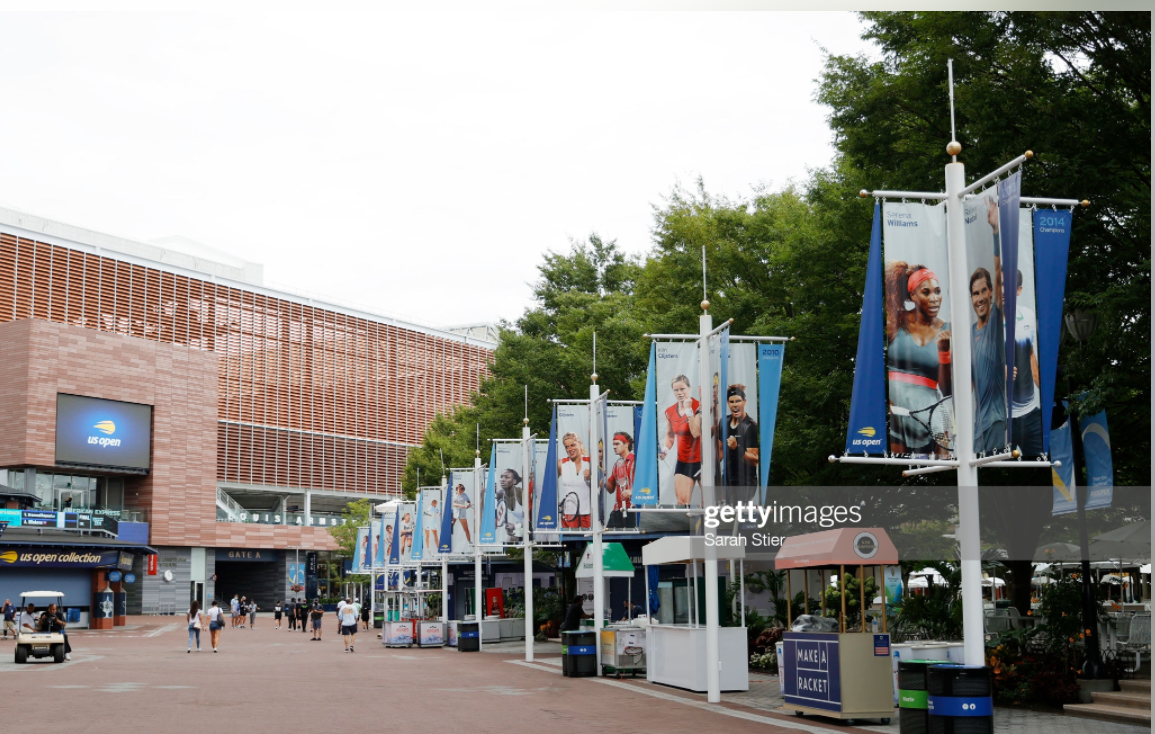 History…  This will be the 141-st edition of the tournament and the modern version of the US National Championship who was played for the first time in August 1881. The competition has been played on hard courts since 1978, but before that 3 years was played on Clay and between 1881 and 1974 on Grass.

Jimmy Connors, Pete Sampras and Roger Federer are tied for most titles here at 5.  Interesting fact is that Roger won all his titles in consecutive years between 2004 and 2008.

Dominic Thiem is the defending champion, he defeated Alexander Zverev in a tight match that required 5th set tiebreaker to separate the two

The Austrian claimed his maiden Grand Slam title, but due to a persisting wrist problem he won’t be here this

The Men’s draw is decimated with players missing the tournament for various reasons this year. The list includes Nadal, Federer, Thiem, Wawrinka and Raonic.

Novak Djokovic is the absolute favorite to cement his name into the GOAT debate with a win here. An US Open title would mean 21st Grand Slam for the Serbian and a Calendar Grand Slam while holding all 4 titles. He was defeated in the SF in Tokyo Olympics, so Steffi Graf remains the only player who have won all 4 Slams and Olympic Gold in same year.

He is 76-12 in New York, and if it wasn’t for a default in last year’s edition when he struck a linesman with a ball after a play, he could have snatched another title.

Novak had a month-long break after the Olympics and didn’t play In any Masters lead up tournaments in The States before coming here. That usually isn’t something that has bothered him in his career as he uses the first couple of matches to get used to conditions and everything before starting to roll like we all know he is capable of.

There’s no sight of someone who can come close of beating him in the first couple of rounds as he faces players who are out of form or simply doesn’t have the pedigree to challenge him in best of 5 format.

Holger Rune who is the first opponent of the Serbian is on a 13 match winning streak, but that comes from winning 2 Challenger events in Europe, not facing a top 100 player in both of them and went through the Qualifying with 3 more wins to book a meeting with Novak.

Aslan Karatsev who had had a bombastic start of the year with Australian Open SF and even defeated Novak in Serbian Open went back to earth in the 2nd half of the season and hasn’t won 2 matches in a row since May. He is only 3-7 since his 3rd round appearance in Rome masters. He still holds admirable ROI% on hard-courts but that’s due to his berserk outbreak in Australia.

A Wimbledon final re-match could happen with Matteo Berrettini here in the ¼ finals and the Italian is the highest seed Novak could potentially face there.

Matteo returned to the tour after a month and a half break after making it to his maiden Grand Slam final in London on Grass but was quickly sent packing in R2 in Cincinnati by Felix-Auger Aliassime. In 2019 he went to the SF where he lost to Nadal and last year, he was dealt a defeat by Rublev in R4.

The only player that has a chance on paper to challenge Novak in the top half of the draw has to be Alexander Zverev.

The German won the Olympic Gold medal in Tokyo in a grand fashion. Overcoming Djokovic from a set and a break down to claim the semifinal and then having no problems with Khachanov.

Zverev followed that up with a Cincinnati Masters title where he beat Ruud, Tsitsipas and Rublev in consecutive matches. He is in legal battle from quite some time with ex-girlfriend Olya Sharipova about domestic abuse, but these off court news hasn’t seemed to faze him one bit while he continues to add to his wins and titles but is something worth mentioning him as it can prove a distraction at one point.

Carreno-Busta took advantage with Novak’s default last year and beat Denis Shapovalov in the following round but was stopped by Zverev in the Semis. Pablo has had 2 runs to the US Open Semis and seems that he likes the conditions and is always ready to surprise or at least make life difficult for the top players. He was decimated by Medvedev in Cincinnati winning only 2 games and then as a top seed lost to Ivashka in QF in Winston Salem as a -200 favorite.

Karen Khachanov’s run to the Silver meadal in the Olympics wasn’t a fluke I believe. He run into Tsitsipas in the 3rd round in Toronto and lost in R2 in Cincinnati to Felix Alliassime. He hasn’t had much success in Flushing Meadows, not getting past 3rd round or basically when he is due to face a seeded player for the first time, bu ti do think he can prove to be a dark horse here and has a potential to pass through Denis Shapovalov for example, who has been nowhere to be found after his Wimbledon SF run.

Andrey Rublev snapped out of his funk and delivered a a +350 underdog win when he beat Medvedev in the Semis in Cincinnati. The Russian did the same in Monte Carlo awhile back in April when he got the better of Nadal, as a +500 underdog this time, only to lose in straight sets in the finals. He seems improved and rested and would be great to see what he has in store here especially if he manages to get into a matchup with Tsitsipas in the QF.

Felix Auger seems like a dark horse in this portion of the draw. He is really hard to figure out as he is mixing underdog wins with unfortunate favourite losses from subpar opponents. The way he has beaten Khachanov and Berrettini in Cincinnati is the same way he lost to Lajovic and Brooksby in Toronto and Washington or even Max Purcell in the Olympics. His development is on the rise for sure and is 10-5 with +10.1% ROI in best of 5 sets matches in last 12 months. Bautista Agut and Kyrgious will square off the 1st round, but whoever wins I give Felix the edge and to make it to R4 where he will be dealt a loss by Rublev.

Stefanos Tsitsipas starts his US Open campaign with a match against Andy Murray. This sounds interesting on paper only as Stefanos is -900 favorite and the Greek looks primed for yet another deep Grand Slam run.

Compelling to say that Stefanos hasn’t made past 3rd round in New York, losing recently to Borna Coric as a -800 favorite in R3 last year. With 22-6 w/l record on hard courts from beginning of the year and a new career no.3 he looks for another step in the right direction while he has nothing to lose points wise. Stefanos lost from 4-1 in the 3rd with a double break against Zverev in the SF in Cincinnati though which doesn’t bode well with his mental state as he was unable to close out what was a good confidence boost win.

Daniil Medvedev has a clear path to at least the Semis as there is simply no one that can match against his brutal defense and especially in best of 5. The only thing that can cause him problems is his mental state and often breakdowns on court as what we saw in Cincinnati when he hit an onside camera while running on the side trying to return a ball. He wasn’t the same afterwards and lost the match against Rublev from a set and a break up.

He was complaining that he hurt his wrist, although his mental collapse was bigger factor rest of the way.

Daniil is still 29-5 on hard courts in last 12 months and 13-5 at the US Open all time and with a lost Final to Nadal in 2019 and a SF to Thiem last year he surely seems like a hard opponent to come through against especially on fatser hard court surface.

His section of the draw helps him as well as the highest seed drawn there is No.8 Casper Ruud who yes he won 3 titles in a row but all on clay in Europe and is not someone anyone could consider as a legit threat here.

Proposed ¼ final Daniil Medvedev def. Casper Ruud (although huge doubts the Norwegian makes it there, but doesn’t have solid other dark horse to point out)

Djokovic is the favorite for a reason, but he is only -150 for the title so we must look elsewhere…

Medvedev seems like a good one at +400 and I would have had Zverev as well but at +550 I just don’t see him going through Novak and Daniil in consecutive matches.

Also to name the finalist ith Novak/Medvedev at +250