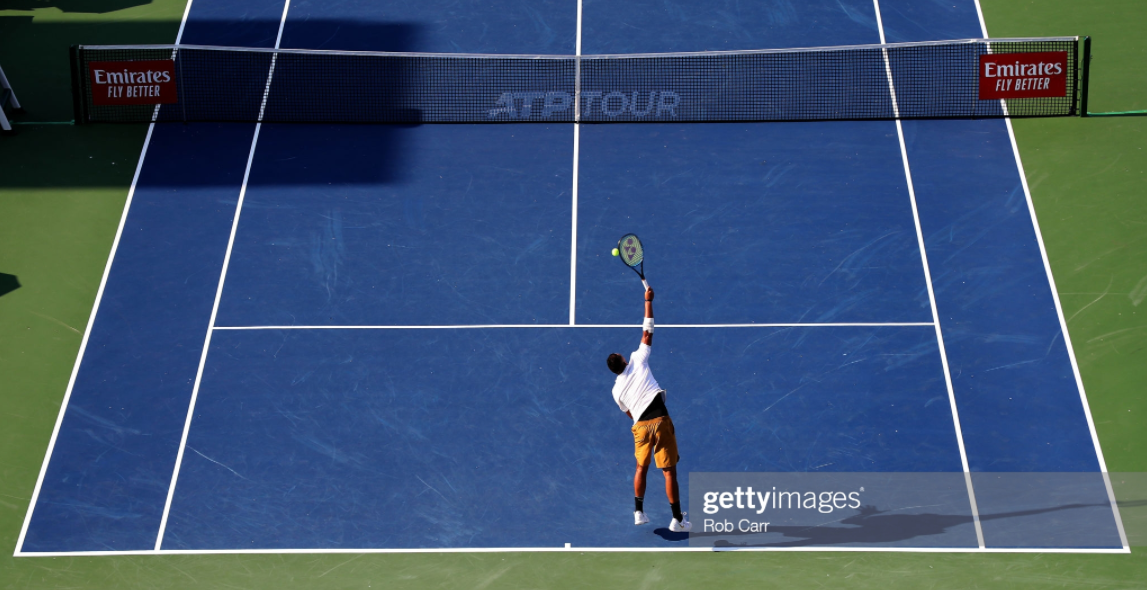 History…  The tournament has been held since July 1969 and is one of the most prestigious ‘500’ Tournament in the calendar. Used as a lead up to the US Open and part of the Us Open Series it has 48 player draw and usually attracts good amount of quality players in their Draws.

Tournament didn’t take place in 2020 due to Covid, but in 2019 Nick Kyrgios won the title defeating Daniil Medvedev in 2 tiebreak sets.

Top seed is Rafael Nadal, who will be playing his first match, since losing to Novak Djokovic in the French Open final in the beginning of June. This will be his first appearance in his career here in Washington and in the past, he has usually joined the hard-court swing in the Canada Masters, with such long layoff without a competitive match and on very quick hard-court surface it will be intriguing to see how far he will be able to go. And although he is 184-46 for 80% in his hard-court adventures in the US alone, he is currently standing at a negative 1.1% ROI.

Kei Nishikori who is unseeded and starts off with Sam Querrey in R1 has quite the history here. His first appearance happened in 2007 and in his last 4 showings in D.C. he hasn’t lost before the QF while he won the title in 2015 as well. Given the booming serve and fast conditions I am surprised on other hand that Querrey has only 1 SF to his credit from 8 attempts.

Highest seeds and potential Nadal opponents deep in the tournament are Daniel Evans and Grigor Dimitrov but both haven’t been performing well no matter the conditions surface or place they play.

A potential wild match up is in the horizon between Kyrgios and Paire. Both known for their antics on and the court would make this a must see and if there is someone that gets the best out of the Aussie play that is surely Nadal. Nick as well as Benoit Paire are trying to go through tournaments without much training before or in between matches and rely on talent basically.

Nick is dangerous when motivated and having Nadal in his part of the draw could do just that, but his form is just too questionable especially the way he was blown out in Atlanta last week by Cameron Norrie.

This half is really open for grabs with Felix Auger Aliassime as the highest seed in this portion of the draw.

Felix lost shockingly to Max Purcell while being a -800 favorite in the Olympics 1st round in Tokyo last week. Despite his progress and now part of top 15 in the world, he still has lot to prove on Hard and Indoor hard surfaces as he is below 60% winning percentage in both

Jannik Sinner already shown what he is capable of reaching the Miami Masters Final in March, but he last beaten last week in R2 by 131st Christopher O’Connell as a -300 favorite and as just as many others in the field this is his debut appearance here.

The 3rd seed Alex De Minaur didn’t play since losing to Korda in Wimbledon R1 which was a month ago. Since beginning of the year he is just 7-5 and -35.8% ROI on hard courts including 2 of the last 3 where he was favorite by -400 or more. He is top 30 alright but can’t be trusted until he can catch some wins and rediscover some sort of from on a surface that he is usually quite good at.

Such quick conditions could definitely help guy like Kevin Anderson make something out of it  He is on a long road rediscovering his form and ranking and after winning the title in Newport on grass he came back to top 100. He was drawn against Nick Kyrgios in R1 in Atlanta which resulted in a quick exit but here in Washington the surface is even quicker, and I could definitely see him do some damage.

I just don’t rate Nadal here that much with the time he didn’t play and on a place, he hasn’t put foot on especially described with a really humid weather and fast hard courts, so I would definitely try my luck in the first couple of matches and test the water where he is physically and mentally while expecting Nishikori to go through deep and face wither Anderson or Sinner in the final