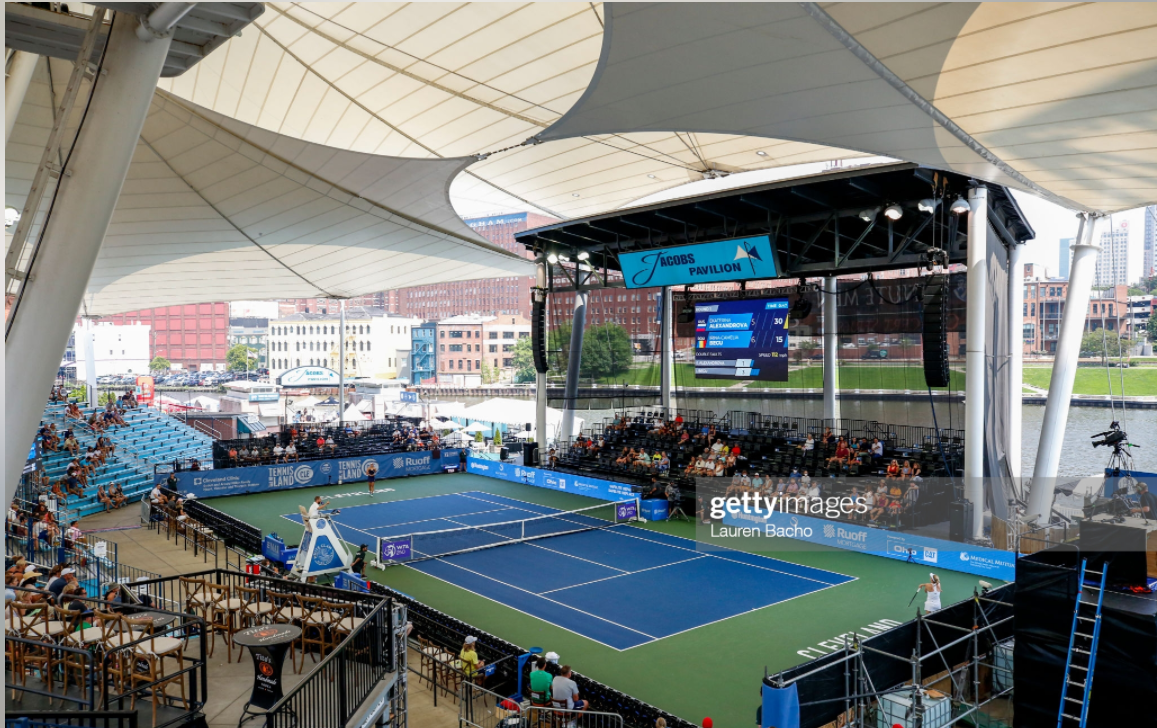 History…  The Inaugural ‘Tennis in The Land’ tournament will bring a Women’s event for the first time in Cleveland.

Daria Kasatkina took a last-minute wildcard and is the top seed here with Anett Kontaveit being the 2nd.

The Russian made it all the way to the finals in San Jose in the beginning of the month but has failed to duplicate this performance in last 2 events which was high in category from 500 to 1000.

She wasn’t fortunate with the draws as well, with Ons Jabeur and Barbora Krejcikova dispatching her in R2 of Montreal and R1 in Cincinnati respectively.  Daria is just 21-17 playing a lower ranked opponent in North America with -16 % ROI in her career, so being a top seed won’t give her that much advantage I expected.

Ekaterina Alexandrova who is Kasatkina projected opponent in the SF is having a so-so year with 20-16 w/l record and doing enough to keep her ranking between 30-40 from the beginning of the year. She hasn’t sparked many headlines or interest   since beating Swiatek and Halep in consecutive matches in Melbourne in the beginning of February only to lose to Kaia Kanepi in the Semis.  This was the last time Alexandrova won 3 matches in a row.

Anett Kontaveit is in a losing streak since Wimbledon. The Estonian made a strong case in the tune up tournament on Grass, losing the final to Ostapenko in Eastbourne before she hit the All-England Club for some Grand Slam action. Surprisingly enough she lost to Vondrousova and while her draws haven’t been kind to her since thеn with top 30 players in R1.

She is having a better luck this time with Lauren Davis in R1, but still her part of the draw is on the hard side of things with possibly Garcia in R2 and in form Jil Teichman in R3.

Teichmann went through a tier in Cincinnati beating Osaka and Bencic as a big underdog on her way to the SF. She will sure make a top 60 debut with such performance and makes a strong case for US Open if she can somehow keep up this pace.

Konta was forced to withdraw from Montreal’s before her match with Gauff due to left knee injury. She returned a week later to lose R1 against Muchova in Cincinnati. She is sone of the main suspects by bookies to claim the title or at least makes a deep run but with injury concerns and only 5-7 w/l hard-court record in last 12 months I could put that to a serious question.

Fully expect a no.1 and 2 seed meeting in the final with both Kasatkina and Kontaveit prone to do something with better draws after unfortunate weeks running into quality opposition early and failing to build up some momentum. Both are at +650 odds so looks like a solid pick for outright win.

And to be honest don’t expect Teichmann taking a trip to Cleveland and play after such a great week in Cincinnati and US Open knocking on the door just a week after which should cut Anett’s price even more.