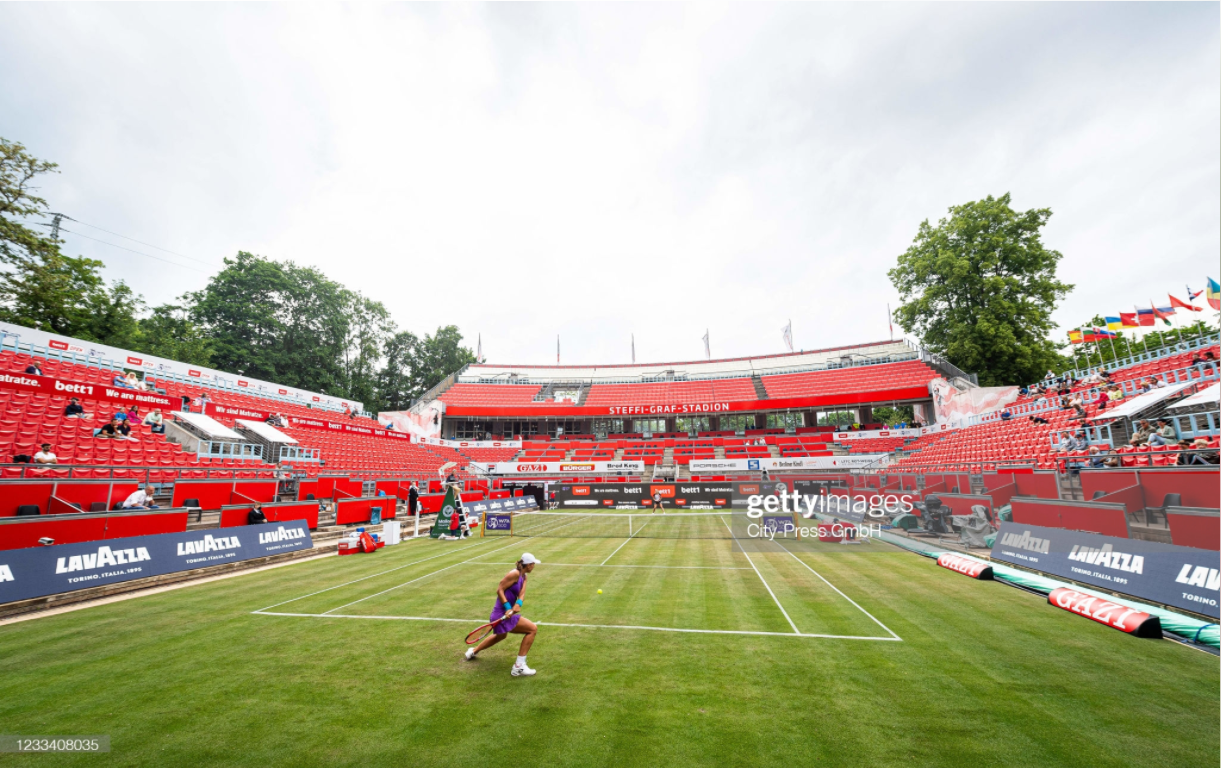 History…  This will be the 94th edition of the German Open but first since 2008.  The resumed event  should have taken place last year, but was cancelled due to the Covid -19 pandemic. It’s played in Rot-Weiss Tennis Club in Berlin.

There was a slew of withdrawals that hampered the event’s appeal but still the organizers managed to put impressive lineup, nevertheless.  Barty, Kenin, Kvitova, Osaka, Swiatek and last but not least Sakkari all withdrew, but yet we still have 4 top 10 players, the 8 seeds of the event are within the top 20 of the world rankings and the last direct acceptance is not low at all – #64 Alize Cornet.

Aryna Sabalenka is the top seed and while she has 16-11 record with +32.7 ROI on the Grass her results in recent years have been subpar given her high standards and ranking. Her run to the final in Eastbourne 2018, where she managed to beat 3 top 20 players and sort of breakthrough on that surface was quickly shadowed by losing 1st round in Wimbledon and since she hasn’t won 3 matches in a single Grass court tournament and hasn’t been able to pass the 2nd round at Wimbledon.

Karolina Pliskova who is the projected Sabalenka opponent in the QF has had far more experience on the surface with 52-23 record but has only managed a 5.8% ROI on the ML. In recent years she has played Eastbourne and Birmingham as a tune-up tournaments for Wimbledon, but now decided to switch up a bit and take part of the Berlin.

This top part of the draw has lot to offer in terms of dark horses although many can’t be described like that because of the strong field and still higher ranking that they have.

Karolina Muchova, who beat Pliskova in 2019 Wimbledon 4th round as a +530 underdog is someone to look for, but a huge test for Sabalenka could come in face of Madison Keys in the 2nd round. The American has blistering shots and serve that could cause damage to anyone and on any surface and this is actually the first time since 2016 where Madison decides to play a preparation tournament for Wimbledon as she was one of those players that went directly to the 3rd grand Slam of the year. Azarenka is someone who we can’t overlook lightly, but last time she was able to get pass the 3rd round in the grass event was at Wimbledon 2017.  The Belarussian has been up on and off with a back injury for 3 months so has a quite big question mark coming in.

Elina Svitolina is the 2nd seed and the highest ranked player in the bottom part of the draw but she has only 17-17 record with abysmal -14.5% ROI. The Ukrainian has had some nasty losses while being big favorite over the years and even a deep run into Wimbledon’s SF in 2019 hasn’t helped turned that negative stat around.

The likes of Alexandrova, who is Svitolina’s potential 2nd round opponent can do the spoiler as she is quite known of beating players well ahead of her ranking and as an underdog.  Ekaterina is only 14-11 but +34.4 on the ROI on the ML

Garbine Muguruza is the favorite in the bottom part of the scheme for me. She has run into a nasty part of the draw though starting with Cirstea and then the winner from Rybakina or Rogers.  The 2017 Wimbledon champion should be able to get through these tests as her game is just suited for these conditions and could put all the clay season misfortunes aside with strong showing here.

Looking for someone from Karolina Pliskova or Karolina Muchova to come from the top part and Mugruza or Alexandrova from the bottom. Think those 4 has the upmost value from the pack to take the title in what is a very packed and hard draw to predict.