Round 2 matchups at RG 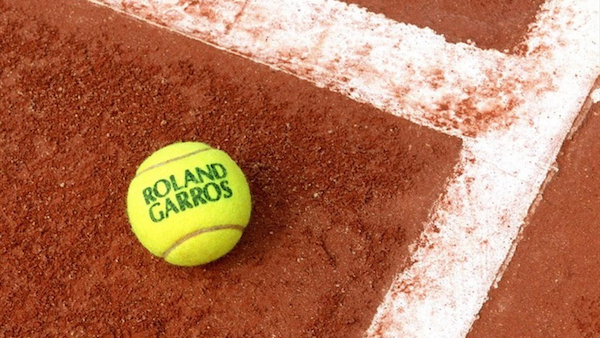 Round 2 of Action kicks off today and here are couple of short previews on some interesting matches.

This should be really interesting encounter as both show have had good form in recent weeks, most notably Thiem. Fresh off his 1st title just a week ago in Nice, 21 year old Thiem started his RG campaign with a 4 set victory over the Slovanian born British passport holder Aljaz Bedene. This match should have ended in 3 but a late collapse in the 3rd set TB prolong it, raising some concerns over his physical condition… Usually very reliable on clay but mainly in South America, Pablo is looking to change his fortunes in Paris. A Finalist in Istanbul, defeating Dimitrov, and losing a tight two sets to Federer in the final, he showed quite a bit of promise. However, he hasn’t moved beyond the 2nd round here at RG in 7 previous showings. Last year he was defeated in R2 in an epic 5 setter vs Verdasco. These two have never met and even the bookies have the odds nearly even… It remains to be seen if Thiem can withstand a very physical battle from the back of the court in a long exhausting match, especially coming off a title with no rest…

Both players have already met 2 times this year, both ending in a 3-set victories for the Serbian, but their overall head 2 head is tied at 3-3. After some bad performances, and first round losses in Bucharest, Munich and Madrid, Viktor finally saw some light in Rome where he defeated Tomic and Feliciano Lopez, but eventually lost in R16 to Kei Nishikori. The Serbian has two R4 showings at RG, but he missed the competition last year while Simone’s best result in Paris is one 3rd round exit 7 years ago. Both great competitors and if their last meetings between the two are any indication this could be a long and exhausting battle. Clearly I don’t see anyone winning in straights. It will depend who will hold their nerve in the big moments as they seem really even on paper.

Making the QF in Rome coming from the Qualifiers, Alexandra has made a significant jump in the rankings. She has made it to number 50 now and looks poised to come back to that highest ranking spot of 26 four years ago. The Romanian hasn’t been good in Paris – a lone R3 5 years ago stands out in her resume. On her preferred surface it is a wonder why she has failed to show what she is capable of on the biggest stage. She will have her hands full with Alize and will ne up against a home crowd in this matchup. Cornet’s clay court adventures havn’t gone as planned as she has failed to win consecutive matches in all 4 tournaments in the warm-up to RG. Should be quite a close encounter with long intense rallies. Alize’s win over Vinci in R1, which was her first against her in 5 tries, may provide the extra boost needed to take out the Romanian.

Daria has definitely showed us all in the past weeks that her fitness level is very high. Playing an ITF tournament in Cagnes-sur-Mer and losing a SF she made a 7 hour drive to Rome to take part in the Qualies less than 24 hours later. Most remarkably she went on to the semifinals with wins against the likes of Belinda Bencic and top 10 Ana Ivanovic. Not to mention her matches lasted 2.5 to 3 hours in duration with only McHale in the QF providing a more speedy win. With that performance she is now part of top 50, a massive jump from 78. Her R2 opponent is the 20-th seed German Sabine Lisicki. It’s really obvious that clay is the least favorite surface for the German, as her game depends on quick and hard exchanges from the back of the court. She gets frustrated from players that have good defense and can counter punch her and force her to do extra shots. Daria is a perfect example of this, as she will run for everything and make it hard for he opponent to win points against her. This can quickly become ugly if Sabine is not patient enough and more precise on her shot selection. Odds are put even with a slight advantage for the Russian. First meeting between the two and one I really look forward to.