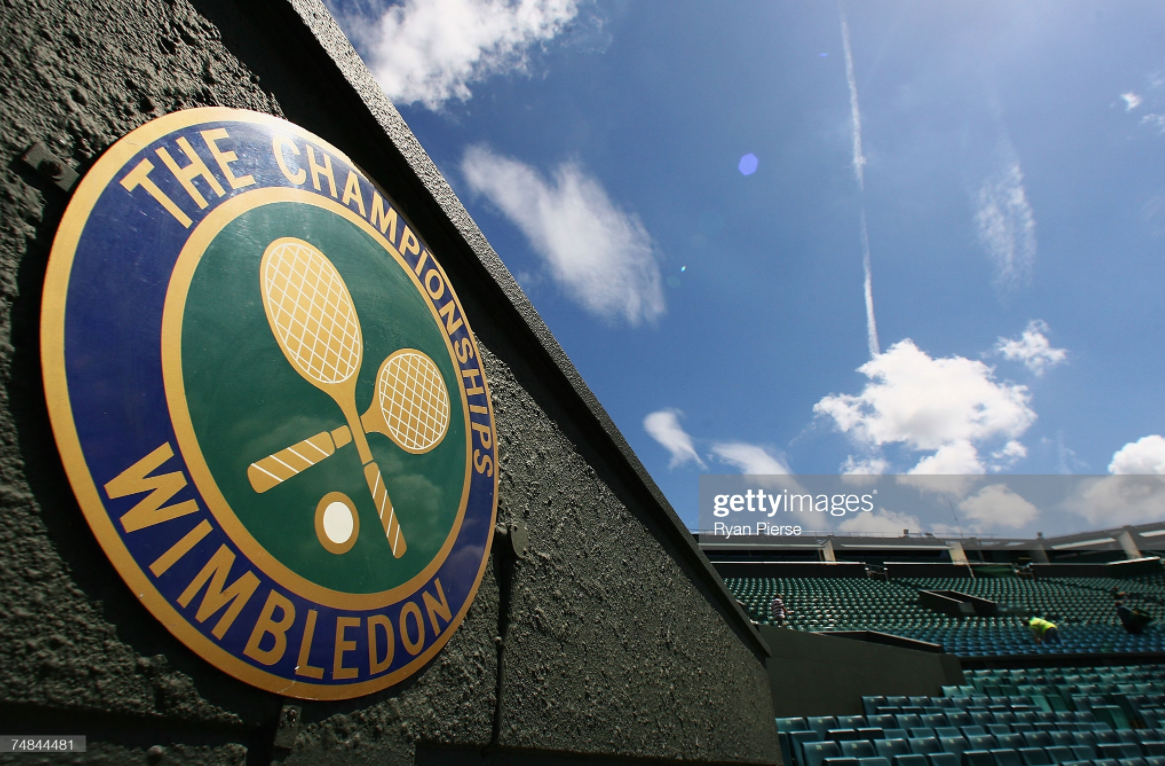 History…  The Championships or commonly known as Wimbledon is the oldest tournament of the world. It was founded in 1877 and is considered by many as the most prestigious to win.

Roger Federer has won the most titles – 8 and has the most wins with 101.

Novak Djokovic leads the pack in quest for not only his 6th Wimbledon Crown, but a chance to tie Federer and Nadal Grand Slam record with 20. The Serbian defeated Rafael Nadal in the Semis and then Tsitsipas in the French Open final just 2 weeks ago and now is just a title away to match the Record. He has a realistically good chance to claim all 4 Slams in a Calendar year given the competition around him. It is however worth to mention that last time when Novak defeated Nadal on the road for a French Open win, he then lost in the 3rd round at Wimbledon, in one of the all-time biggest upsets, to Sam Querrey. Worth to see how much emotionally the 2nd French Open title took out from him and in such fast surface transition and time. At -110 for the title the Serbian offers zero value.

Although he has struggled with injuries and is not in any sort of form, Kevin Anderson offers an interesting match-up to the defending champion in the 2nd round. Finalist in 2018 and losing in straight sets to Novak, Kevin defeated Federer 13-11 in the 5th and Isner 26-24 for his only Grand Slam final to date.

#5 Seed Andrey Rublev made it to the final in Halle last week, but dropped it to Ugo Humbert, and is the only player that has any sort of Grass form or good record on that surface in the first quarter. Interested in seeing how a guy such as Jannik Sinner fares here as the Italian hasn’t developed experience yet but is a young and and exciting prospect to say the least to pay attention and may throw a bomb here or there.

#3 seed Stefanos Tsitsipas has not played any tune-up tournaments on Grass after a very emotional loss to Djokovic in the French Open final just 2 weeks ago.  Really hard to figure out at what mental state he currently is and I do have a feeling this loss could have a prolonged negative effect on his performance and may consider that the Olympic Games, which are a month away, as a better time and option to regain his form back. With only 12-9 record on Grass all time and making it further than 3rd round in London, he is a good candidate to pack the bags early.

Worth to mention that Stefanos’ draw isn’t giving him many favors as well with De Minaur as a projected opponent for him in the 4th round. The Aussie lost in the Semis in Queens to Berrettini and won the title in Eastbourne and with 31-14 record on Grass and seemingly have the feel for this surface could see some extended run here despite Feliciano Lopez is here, but I have concerns about the fitness of the Spanish veteran. Feliciano has performed well in the events on Grass before Wimbledon but if we consider only his showing in London than his record gets slaughtered. 35-19 record in London but -10% ROI and hasn’t made it through the 3rd round since 2014.

Andy Murray accepted a WC and is always fascinating to see what the Scott can do on Grass. Fighting injuries and hip surgeries and attempting numerous comebacks there is zero doubt he still has lot of desire to compete and falls into an interesting bracket with Basilashvilli for start with Shapovalov encounter as possibility in the 3rd round. 2-time Wimbledon champion and 1 Olympic title taken on Grass, he is one of the best when he is on but those injuries and setbacks which are coming in waves are hard to overlook and especially in best of 5, fitness could add up to his problems

I surely cannot overlook #8 seed Bautista Agut here, although his preparation for the Grass Grand Slam has not been ideal, he still has a SF in Wimbledon to his credit in 2019, but 39-20 record and minus 0.5 ROI does not make us that confident in him for another deep run.

Bottom part of the draw is personally the most I am excited about.

#7 seed is Matteo Berrettini the deserved favorite here. The Italian caught the title in Queens Club with only 1 dropped a set, in the final, to Cameron Norrie. His groundstrokes and big serves were the difference maker that week and he was able to go 4 matches in a row without being broken, with the only player being able to do that was Travaglia in R1. With 22-7 on Grass and +19.1 ROI no wonder he is favorite and priced at +187 to win the quarter.

While I am high on The Italian to make it deep I for sure don’t underestimate the chances for some of the guys around him starting off with 28th seed John Isner.

The American showed great form on the clay court season which is usually his least favorite surface because of his movement limitations and overall game. Even with only 5-2 record on Clay he was able to have +101% ROI. It’s compelling what he will do here as he has managed to gather a respective 49-24 record on the surface, but only 19-11 at Wimbledon.

Kei Nishikori who is unseeded has 2 QF’s in Wimbledon and falls between Karatsev and Ruud in the draw which I would help him get some sort of roll before he faces Berrettini. The Japanese played only Halle and lost in the 2nd round, but in his last appearances in London he lost to Djokovic and Federer (2018,2019) so he can surely make something happen again given the fact he has avoided drawing a stronger opponent early on.

Felix Auger Aliassime and Ugo Humbert are 2 of the best in-form players on Grass this season and is bad for both that if they win their matches they are due to meet very early in the 3rd round.

Felix is 15-5 on Grass All time with +30.3% ROI and a Final in Stuttgart and SF in Halle this year. The young Canadian has only 1 appearance in Wimbledon so far, but if his play in recent weeks is any indicator he should see plenty of chances going deep into grass court tournaments if not this year than in next decade. On his path however is other very promising young player that found his groove on this turf – Ugo Humbert

Ugo withdrew from Mallorca with food poisoning, giving Querrey a walkover to the 3rd round.  That sort of derailed his form after QF in Stuttgart (lost to Felix Aliassime) and grabbing the title in Halle beating Felix as a revenge and Rublev in the final as a +220 underdog.

I am high on Ugo, but he starts off with always unpredictable Nick Kyrgios. The Australian barely beat him behind an inspiring performance more or so generated by the electric crowd in Aussie Open and Nick hasn’t played since so I am in awe to see how his form is returning to action after 4.5 months.

Alexander Zverev who is the 4th seed of the competition is fortunate enough to avoid such players early on. The German lost to Ugo Humbert in R2 and in 2019 to Vasek Pospisil in Wimbledon R1. He is only 25-15 on grass from which – 8-5 which is disappointing with his arsenal of heavy groundstrokes and big serve. Really expect him to see deeper runs from him especially on such fast surface, but the draw is hard on him after the 3rd round.

Roger Federer returns to Wimbledon after he blew a 2 MP on serve and lost the final to Djokovic in 2019.   His resume on Grass is enormous but he has looked a shell of himself when he played Halle, a tournament where he has been victorious a record 10 times. He escaped Ilya Ivashka in R1 only to lose to Felix Aliassime in the 2nd round from a set up. He has looked slow while on the run and he needs to find form fast if he wants to compete on the highest level and contest for another Grand Slam title.

Federer’s 1st test may come as early as 3rd round when he may meet Cameron Norrie. Only with 12-8 on grass he showed some sort of awakening with a final in Queens lost to Berretttini and he is having a great overall year with 33-11 record while improving steadily his ranking from the mid 70’s to top 40.

Sam Querrey may come up and face the Swiss in the 4th ound, as except Sonego who lost a final in Eastbourne,there’s not much going on in terms of competition in this part of the draw, but below is where things are interesting.

Medvedev started to gain confidence back and even if the clay court swing hasn’t been good again he showed some improvements on the surface for sure and now is more likely to cause problems and go to another run deep into the 2nd week of a Grand Slam event, this statement however isn’t backed up with a solid and favorable draw though.

The draw put him against Struff again and is the same guy that beat the Russian in the 1st round in Halle without dropping a set just 2 weeks ago.

Marin Cilic is an interesting floater here, the 32nd seed is always dangerous on grass and with a good record and resume to back it up we could definitely see a potential upset in the making in the 3rd round.

The 2nd quarter winner where Stefanos is, is more likely to see some value so Denis Shapovalov @ +650 or Alex De Minaur @ +1100 offers plenty of it

4th quarter winner – Marin Cilic at +850, despite I put Medvedev as the prediction for the quarterfinal I just can’t pass on such odd here.

Novak is only -110 to win the title which Is really low and If I have to take someone else to take the title it will be Berrettini @ +1200, I just don’t trust anyone before him in the likes of Medevev, Tsitsipas or Federer.

History...  This will be the 141-st edition of the tournament and the modern version of the US National Championship who was played for the first time in August 1881. The competition has been played on ...