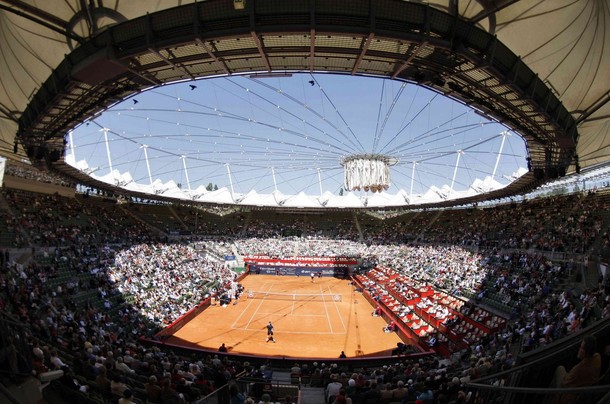 Tennis never sleeps! Let me take you on short journey around getting to know who and where is competing in the main ATP and WTA tours

Defending Champion and top seed of the event is John Isner.

The American didn’t have much success playing outside of the US this year with lot of up and down results. The home soil advantage didn’t help him in his last match as well,losing in R1 to eventual champion Rajeev Ram in Newport on Grass.

Fellow compatriots Steve Johnson and Jack Sock are on his part of the draw, with Mardy Fish using his protected ranking to make his long awaited return on the tour. He will join Andy Roddick on the doubles part of the draw as well.

Vasek Pospisil is the 2nd seed and will be playing his first match since making it to QF in Wimbledon couple of weeks ago. Mannarino who has had wonderful run in Bogota making it to the final,losing in 3 sets to Tomic will need a speedy recovery while trying to pursuit another good run on hard court action

Pablo Andujar won the title 12 months ago taking out Juan Monaco in straight sets. The Champion received a bye into the 2nd round and the 4-th seed under his name. He will face tough competition on the way with Belucci,Umag finalist Joao Sousa and last but not least top seed David Goffin.

The Belgian lost in 1st round last week in Bastad and will look for amends on surface he has most wins on.

Newly married 2nd seed Feliciano Lopez returns on the tour, but has Dominic Thiem,the Umag Champion as a projected opponent in the semis.

Tournament took a hit with Stan Wawrinka withdrawing before the tournament with elbow problems, but the lineup looks really solid despite his absence

The 500 event in Germany has a stellar lineup with Rafael Nadal leading the pack and looking to regain some of his confidence back. He has Fernando Verdasco as most probably the hardest 1st round opponent and one of the highest unseeded players of the draw.

Andreas Seppi is the highest seed Nadal could face on his way to the semis, but with Garcia-Lopez and Pablo Cuevas on this part nothing is quite certain who will survive so deep in the week
Tommy Robredo, a finalist from Bastad the week prior is the 2nd seed and will face off again with German rising star Alexander Zverev. This will also be the second clash in 2 weeks with Tommy winning the first one on his way to that Swedish open final.

Bautista Agut and Coric will do a rematch from Umag, and the Spaniard being the projected semi final opponent for Tommy.

The Finalists from last year won’t be here, as both Leonardo Mayer and David Ferrer won’t take part of the action

Anastasia Pavlyuchenkova who hasn’t gone beyond the 3rd round in a singles completion since Moscow in October last year is the 1st seed of the event.

Kurumi Nara is the highest seed which the Russian could face before the final, but lineup Is quite packed with players between 41 and 100 so a surprising player coming up from the top part of the draw to challenge for the title doesn’t look that surprising at all

First time WTA title winner Lesia Tsurenko is the 6th seed in the bottom half. Most surprisingly the Ukrainian went all the way for her maiden title in Istanbul and is scheduled to play for a second week in a row. With the way her QF against Kateryna Bondarenko went, many didn’t see this coming from her…

Karin Knapp will make a quick transition from Bad Gastein, Austira on cay, where she played a final, losing a tight three setter to Sam Stosur. She is the 2nd seed and would need fast recovery after playing last 2 matches in 1 day…

Last year’s tournament was played on hard court, this year they switched to other destination and on Clay.

Many of the top players such as Carla Suarez Navaro and Garbine Mugurza that played last year here didn’t come as the transition to US hard court season is on its way.

The tournament’s field is really weak, the Q one for example, had to be reduced as the organizers ran out of Alternates to cover the wave of withdrawals

Tatjana Maria is the 1st seed while Ajla Tomljanovic the 2nd with only 4 players from top 100 make the main draw in this International event.