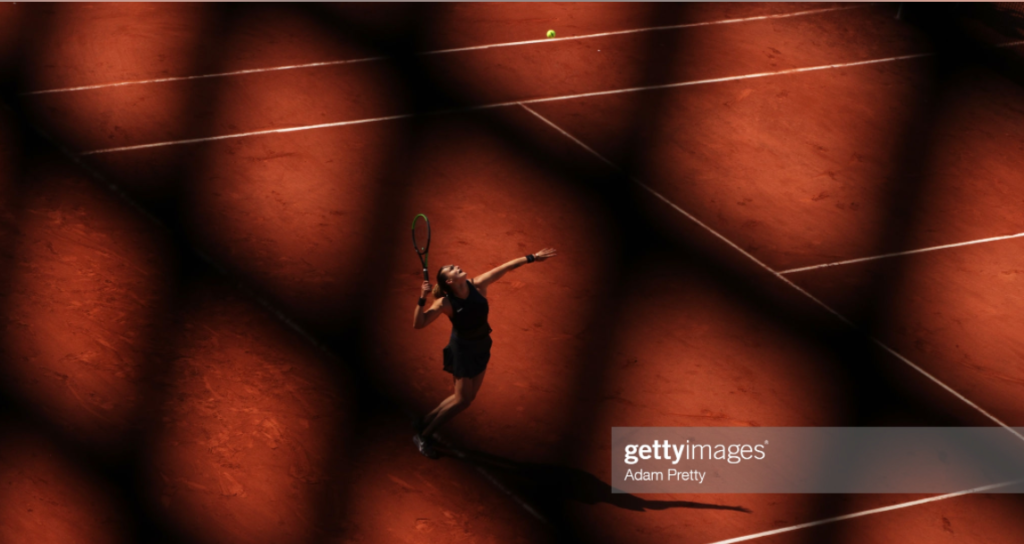 History…  Played since 1891, The French Open switched surfaces from sand to clay and continues to be played on that texture since 1908.

It is arguably the most physically demanding Grand Slam to win due to slower pace.

Played In September/October last year, due to the Covid pandemic and the need to be rescheduled, in heavy and rainy conditions, the event served numerous surprises with Martina Trevisan reaching QF, Nadia Podoroska going all the way from qualifying to the Semis and last but definitely not least Iga Swiatek beating Sofia Kenin in the final for her maiden title.

World No.1 Ashleigh Barty comes back here after winning the title in 2019 and opt out to travel to Europe during the ongoing pandemic and decided to stay and train in Australia.

There were some doubts, including in me, how such a long layoff of competitive tennis will affect her and it was further boosted by her loss to Muchova in Australian Open QF while being a -400 favorite. All concerns aside she stepped up in a big way, with title in Miami, Stuttgart, and a narrowly lost final to Sabalenka in Madrid.  There were some injury concerns with her retirement in Rome because of Right Arm Injury, but everything seems well and she is once again ready to fight for new Grand Slam championship

“I’m feeling good. I’m feeling ready to play. I think it was an important decision for us to make to make sure that we arrived at this tournament being 100% physically. And, yeah, I feel great. I feel like we have been able to practice well, control what we have needed to do over the last kind of ten days or so.”

Elina Svitolina is the highest seed Barty could potentially face in the ¼ finals, and the Ukrainian’s form is hard to figure out at this point because she has run to either Iga or Ashleigh and lost both of those matches in last month or so. Elina had the 3rd chance to improve further from her QF showing two times already, in 2015 and 2016, but lost to Podoroska as a -300 favorite last year. She is on course for another QF loss if she faces Barty there.

Iga Swiatek run last year to the title was truly remarkable. She was already showing glimpses of her potential, but not many expected her to lose in R1 in Rome to 72nd Ranked Arantxa Rus in straight sets, to come to Paris and win the title without dropping a set and if this is not impressive enough, she did it with losing not more than 4 games in a set to any of her 7 opponents and not losing more than 5 games in total in any of those matches. Swiatek and Batty played in Madrid last month, straight sets win for the Aussie, but the Polish player wasn’t fazed at all and returned to Rome with a title just a week later with a double bagel to no.9 in the world Karolina Pliskova in the final.

Winner is 2016 and a SF in 2018, Garbine Muguruza is always a dangerous opponent when she steps on court although her results in the French last 2 times have regressed. Hampered by knee injury from Charleston in early April, Muguruza played only 1 clay court tournament, in Rome, a 3rd round loss to Svitolina. If her injury woes are behind her, the conditions suits her game for yet another  deep run.

Bottom half of the draw is led by No.2 Naomi Osaka, but just like on the Men’s side with Daniil Medvedev, the seeding doesn’t mean much when you have intolerance to red clay.

Switching from hard court to clay in yet another year has been far from ideal for Naomi. She played only 2 tournaments leading up to the French Open, managing to win only against 79th Misaki Doi with losses to Muchova in Madrid and Pegula in Rome. Her record on clay stands at 47-34 all time with a negative 8.4% ROI and seems this lack of results on this surface would continue here.

Alison Riske withdrew, which gave the chance to Paula Badosa to take her spot as a 33rd seed of the event. This could prove to be crucial, as the Spaniard is one of the more improved player over the recent month with run to the SF in Madrid and winning Belgrade 2 weeks ago without losing a set. Bookies know her potential and even though she is 34th in the world she gets favored against players such as Bencic who is roughly 20 places higher.

Aryna Sabalenka looks like a solid one to run vey deep here. After impressive runs in Stuttgart in April where she lost to Barty in the final, she returned the favor at the same tournament stage with a win against the Aussie in Madrid. For some reason, probably nerves, she has struggled in Paris with only 3 wins out of 4 appearances.  The Belarussian has still lots to prove on Grand Slam level, failing to win more than 4 main draw matches in 1 tournament in her career, but her progress and game makes me think it’s imminent that it will happen really soon.

Serena Williams is the projected Sabalenka opponent in the ¼ finals, and I know that in the past she was able to come back after long absences and go into a extended run in slams and even winning them, I just don’t see it happening this year.. Losing to Podoroska in Rome and Siniakova in Parma, her only win on clay this year has come against Italian teenager and 571st in the world Lisa Pigato. Kvitova could benefit mostly with the American out of the tournament early on.

Jelena Ostapenkp starts off with #4 seed Sofia Kenin and if there is someone who’s form continues to decline for months now than look no further than the American. Sofia has gone on a 4 match losign streak and last time she won one was back in her home country in Maimi against Petkovic in March.

As mentioned before Paula Badosa falls into a bracket where she is surrounded by players who simply dislike clay like Osaka and others who are just lacking form because of various injuries and mishaps like Bertens and Bianca Andreescu. She has progressed nicely and could definitely make things interesting.

Ashleigh Barty looks like a good value bet at +450 for the tournament with maybe Aryna Sabalenka coming up just behind her at +650.  With Barty and Iga Swiatek in the top part, leaves the bottom as the place to look for someone out of the box to go furthest and after years of mishaps I believe that Sabalenka has enough weapons to finally break through on the Grand Slam stage and make it at least to the QF or ½ finals. Making a good prediction on women’s outright before the tournament start is actually really hard due to lack of consistency in many of the girls so make sure to follow along and use bookmakers who offers such markets in-play and in that way to be able to catch them off guard if a higher seed/favorite get in trouble and players’ prices around them weren’t cut in time.